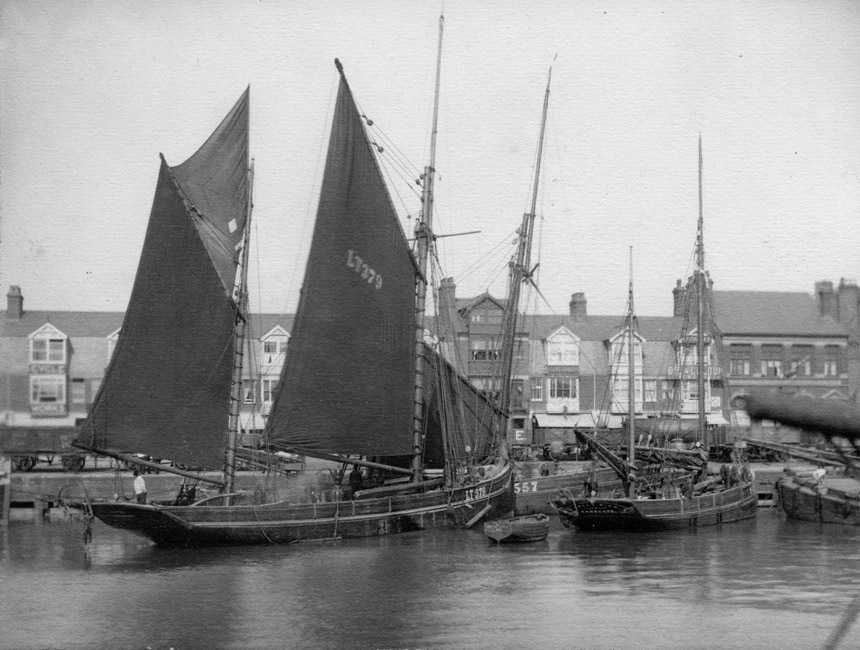 The Great Grandchildren of Tom Crisp VC visited the museum 5th May 2017 and left this message.

“We have enjoyed re-visiting the museum as we used to come to Lowestoft on holiday as children in the 70’s. We always visited the museum as our Great Grandfather Tom Crisp VC & DSC was Lowestoft’s hero with the story of his heroism at sea during WW 1 being on display.”

On the 15th August, 1917, the Smack “Nelson” was engaged in fishing when she was attacked with gunfire from an enemy submarine. The gear was let go and the submarine’s fire was returned. The submarine’s fourth shot went through the port bow just below the water line and the seventh shell struck the skipper, partially disembowelling him, and passed through the deck and out through the side of the ship. In spite of the terrible nature of his wound Skipper Crisp retained consciousness, and his first thought was to send off a message that he was being attacked and giving his position. He continued to command his ship until the ammunition was almost exhausted and the smack was sinking. He refused to be moved into the small boat when the rest of the crew were obliged to abandon the vessel as she sank, his last request being that he might be thrown overboard.